Designing the canteen at the light railway, Letbanen, in Aarhus with two functions, a section for eating and one for meetings, has been accomplished to the satisfaction of the staff.

Three CoverSingles with the Letbanen design cut out are suspended from the ceiling in wires and, thus, create a visual and physical division of the room.
Through the fine cut-outs you still sense the presence of people on the other side of the cover, but to no greater extent than it is possible to maintain focus during a meeting.

CoverSingle is made from 5 mm wool felt in which the cut-out standard Fraster patterns or the customer’s own design stands out sharply and clearly.
The fact that there are several ways of hanging the CoverSingle provides great flexibility in decorating using Covers. It is possible to suspend the felt from wires screwed directly into the ceiling or from a wire connected to a hook which, in turn, is held up by a magnet. 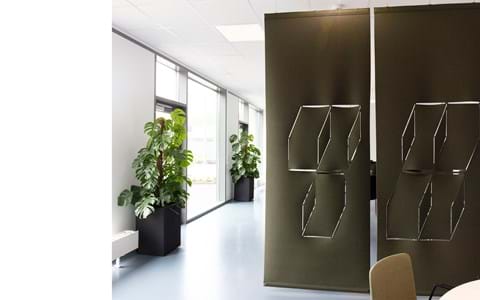 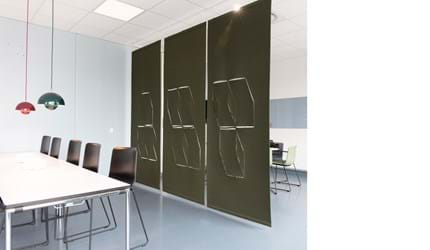 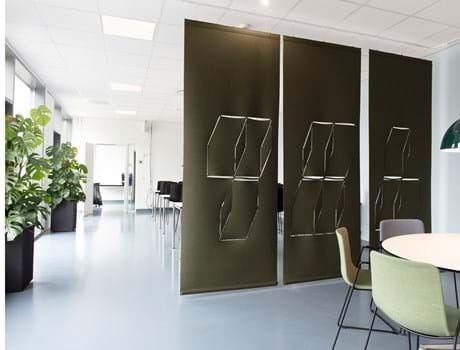 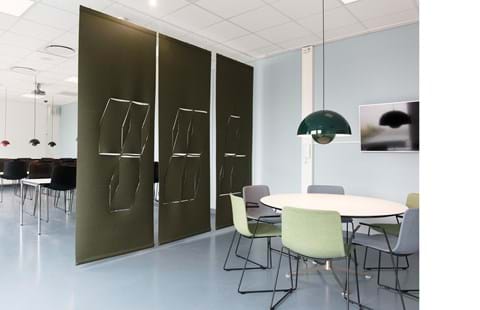 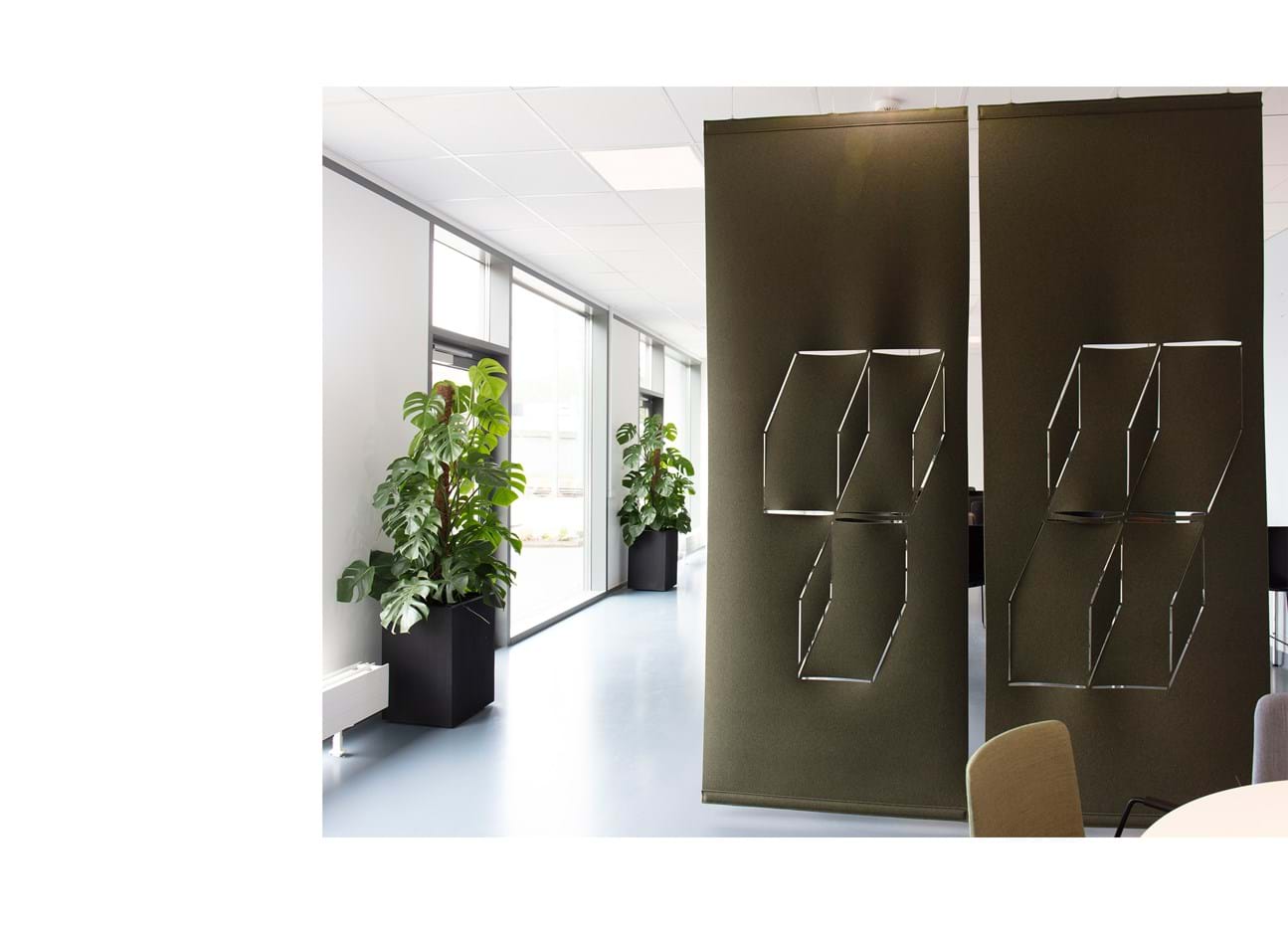 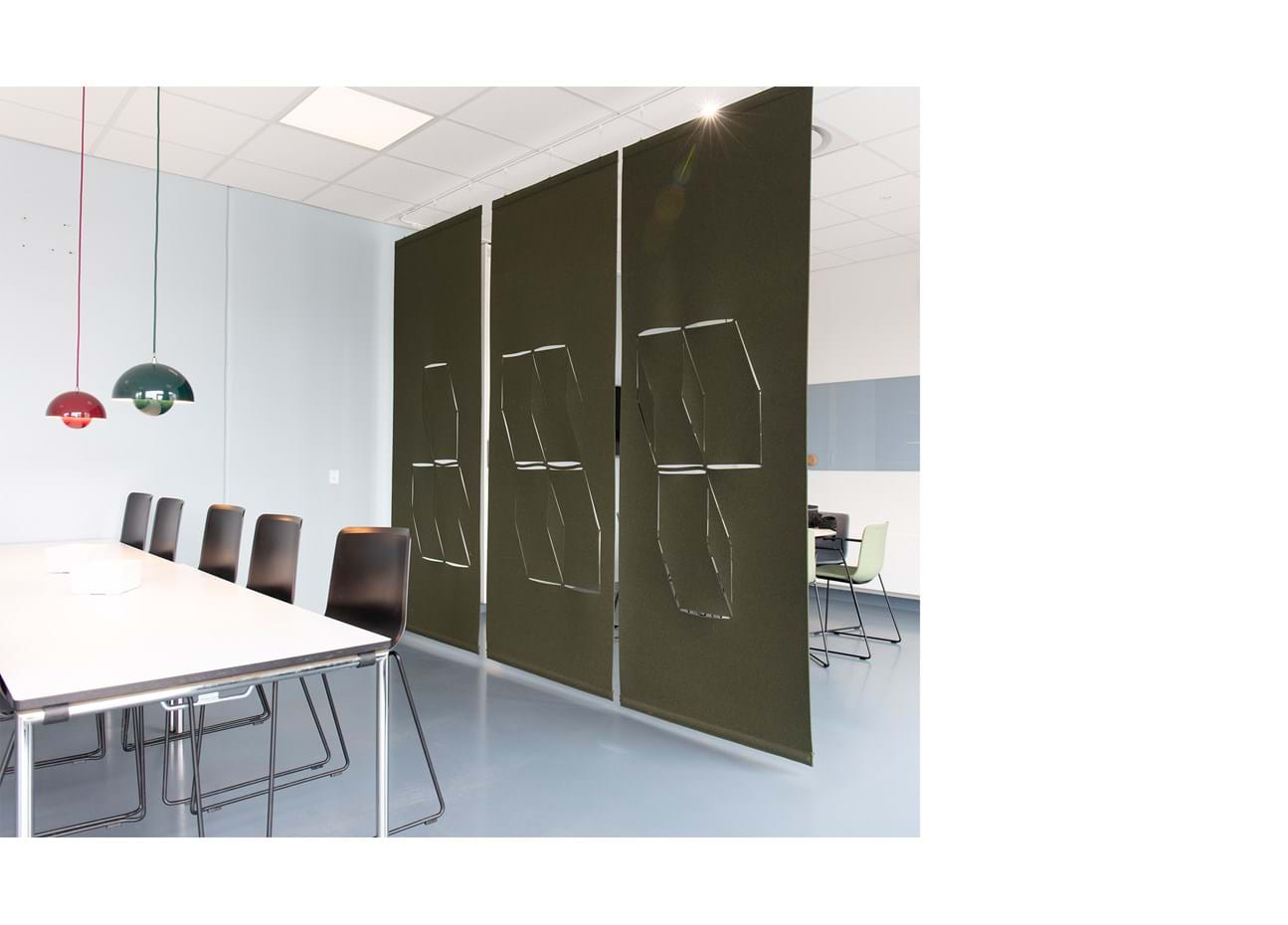 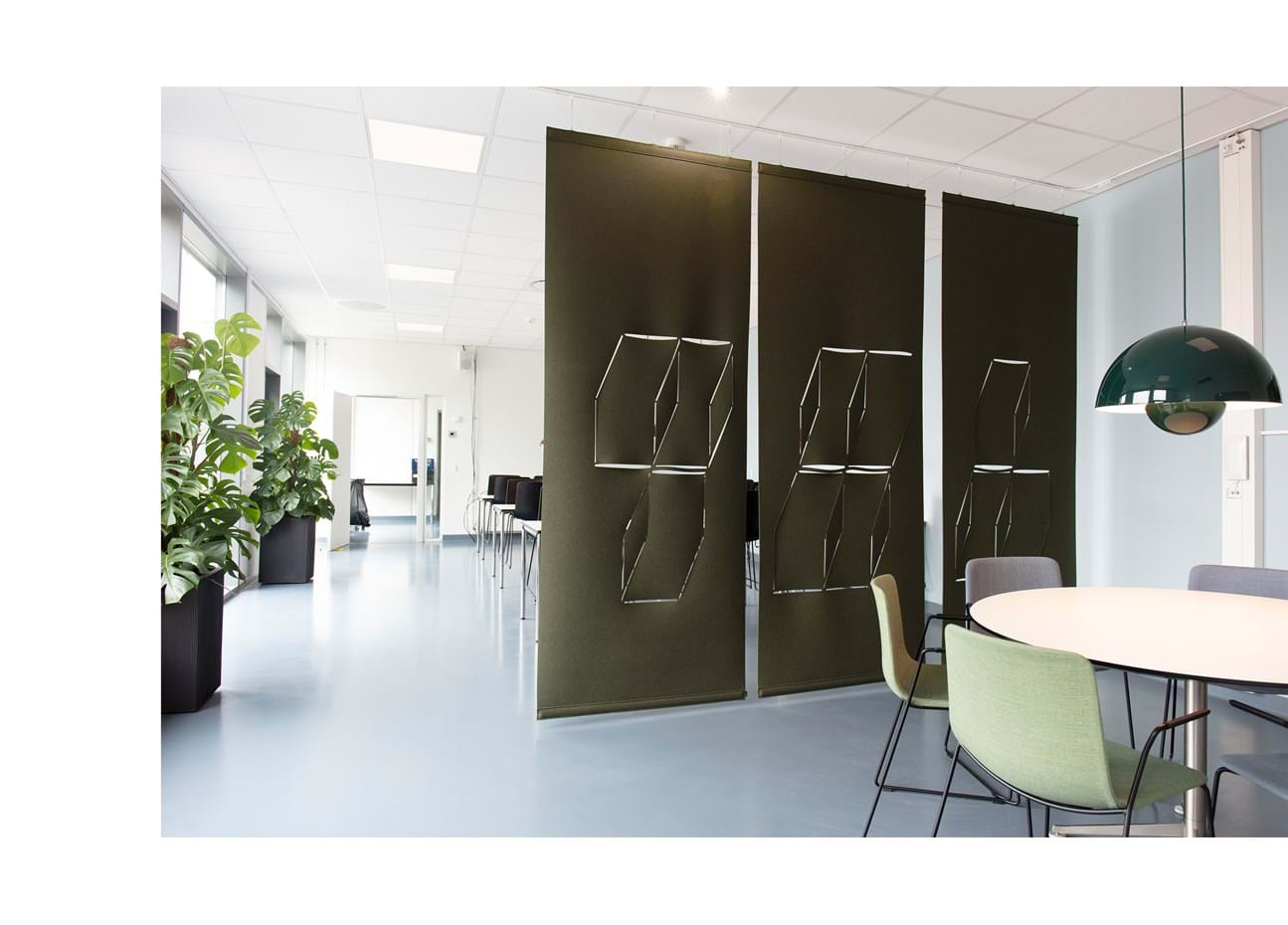 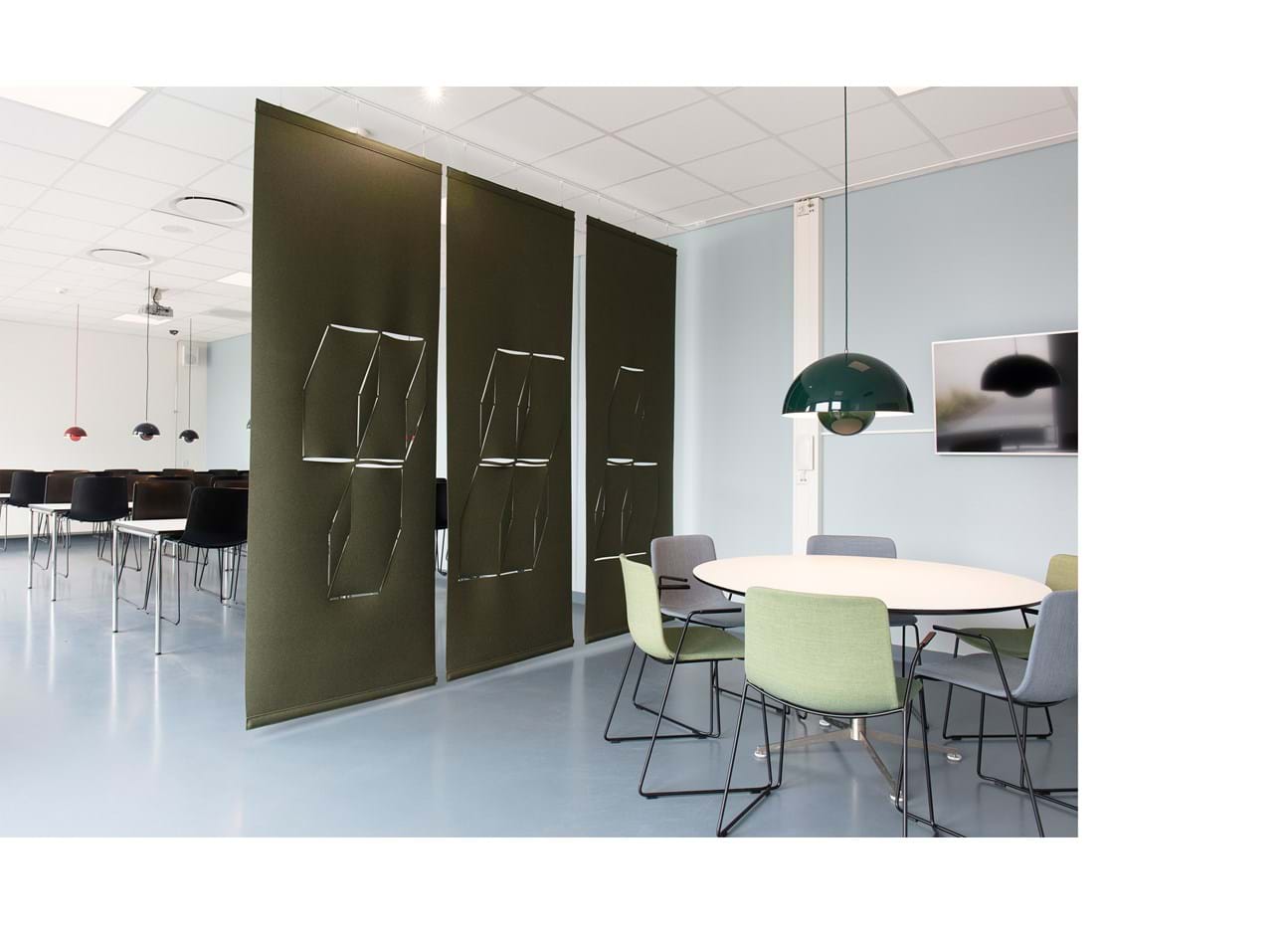 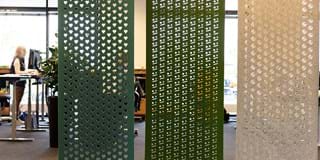 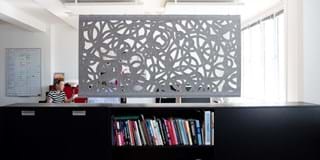 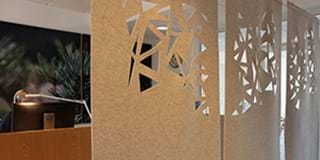