Artist Mogens Andersen has made the sketch for Skallerup church's new carpet.

The sketch is a watercolor in bright blue and golden colors.
To transform the lightness of the watercolor, designer Trine Neve developed a new teqnique in the production of the felt rug.
With a different sewing thread color from the felt color lines are sewn into the felt at selected places. This illuminates the fine brush strokes in the watercolor.
The contour of the grain axes and the cross is set off from the felt with a dark stich.

The development of the church rug was done in close collaboration between Mogen Andersen and Trine Neve, and in addition to the technique with the stiching on the felt, a special technique for the backing was used to make the rug lie flat in front of the altar, where there is a single step. The stool, where the priest kneels in front of the altar, has been covered with a thinner felt in the same blue color as the rug.

"I have been very pleased with the assignment" says Mogens Andersen.
"I have been inspired by nature for the new rug - there I have not found inspiration before" adds Mogens Andersen
"I was thinking about who is looking at the rug in the church - and it is people who go to altar or attend the big celebrations in the church. And you have to have a good feeling when you look at the rug - it must give some kind of  thought or joy"

See pictures from the production of the rug for Skallerup church 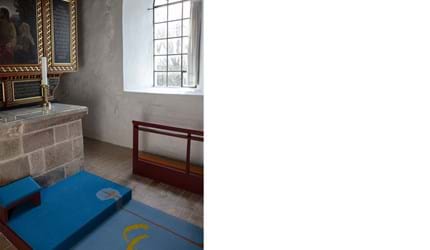 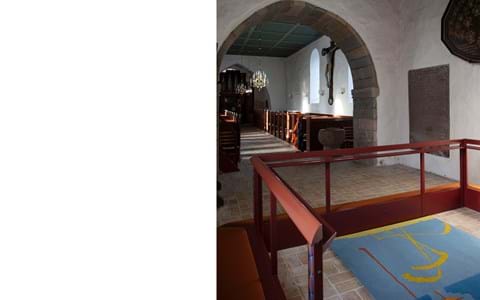 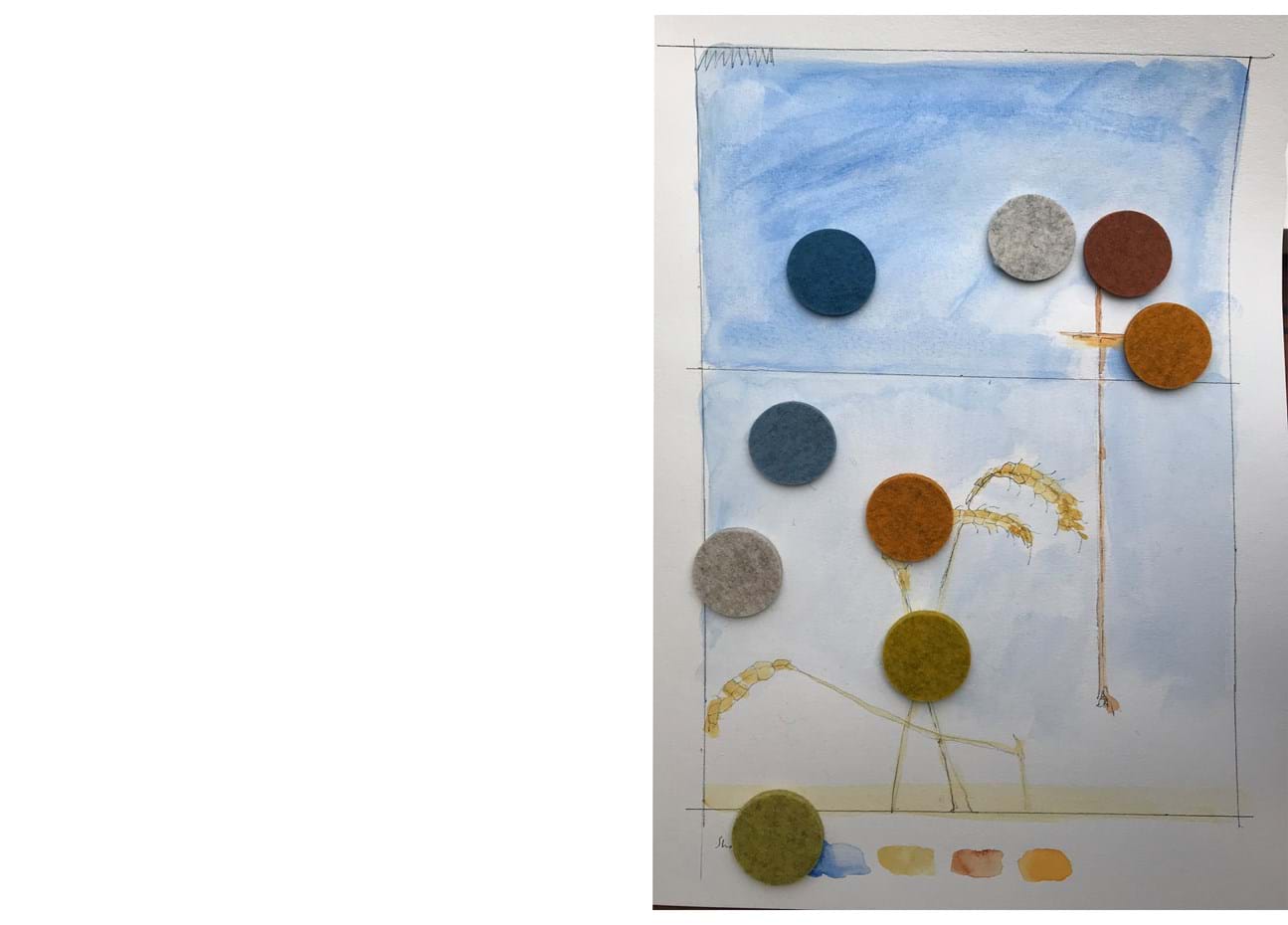 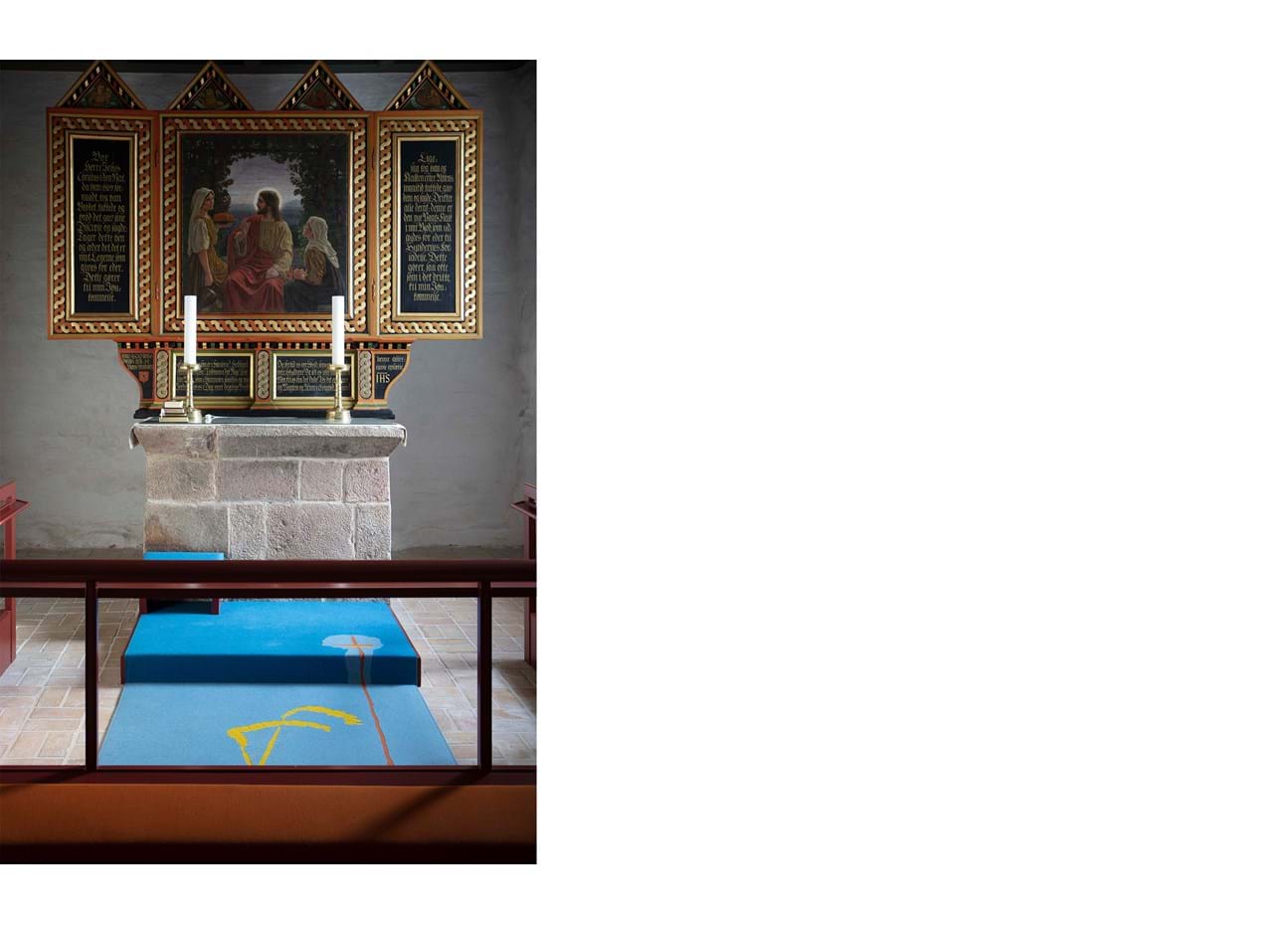 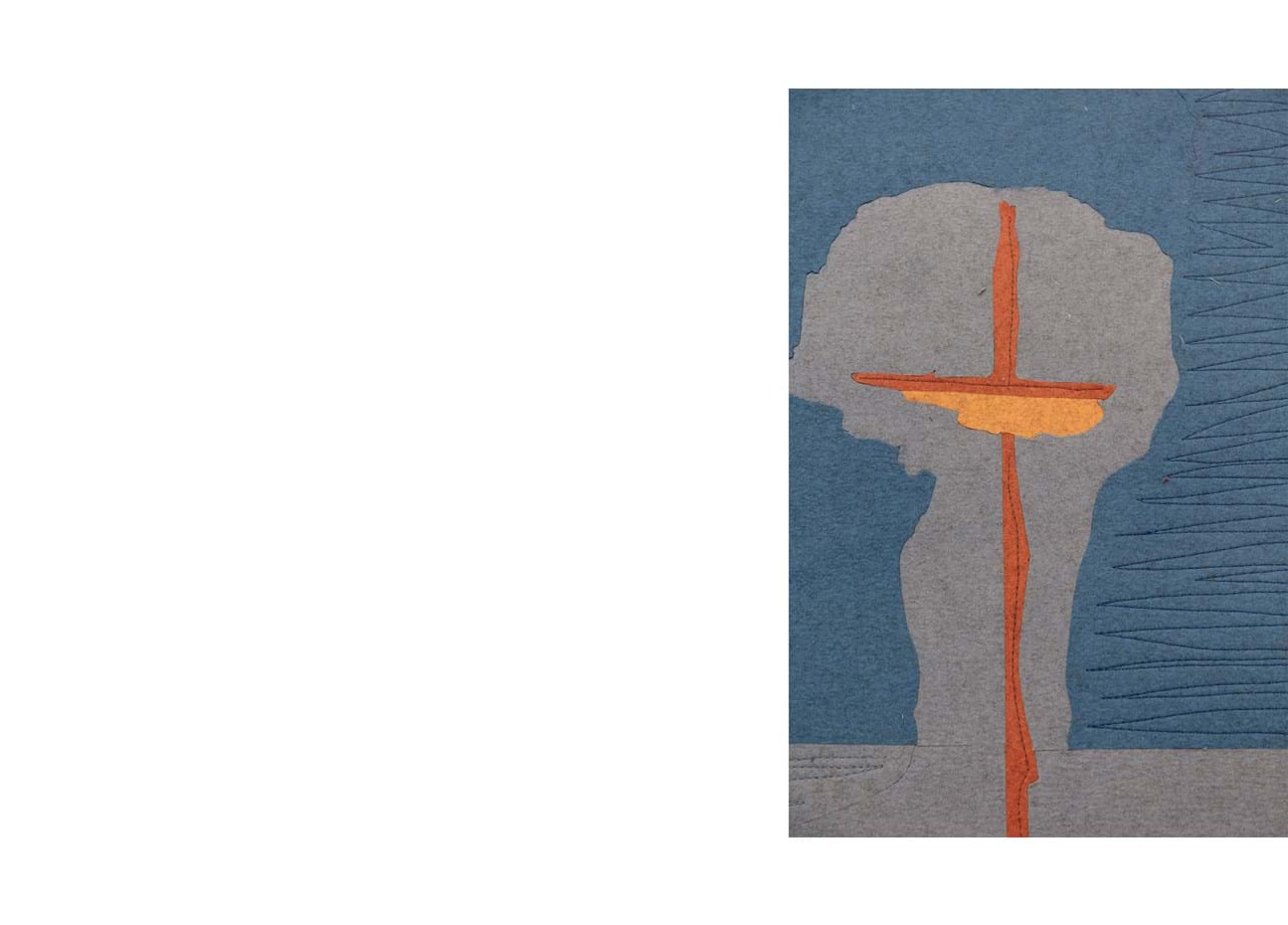 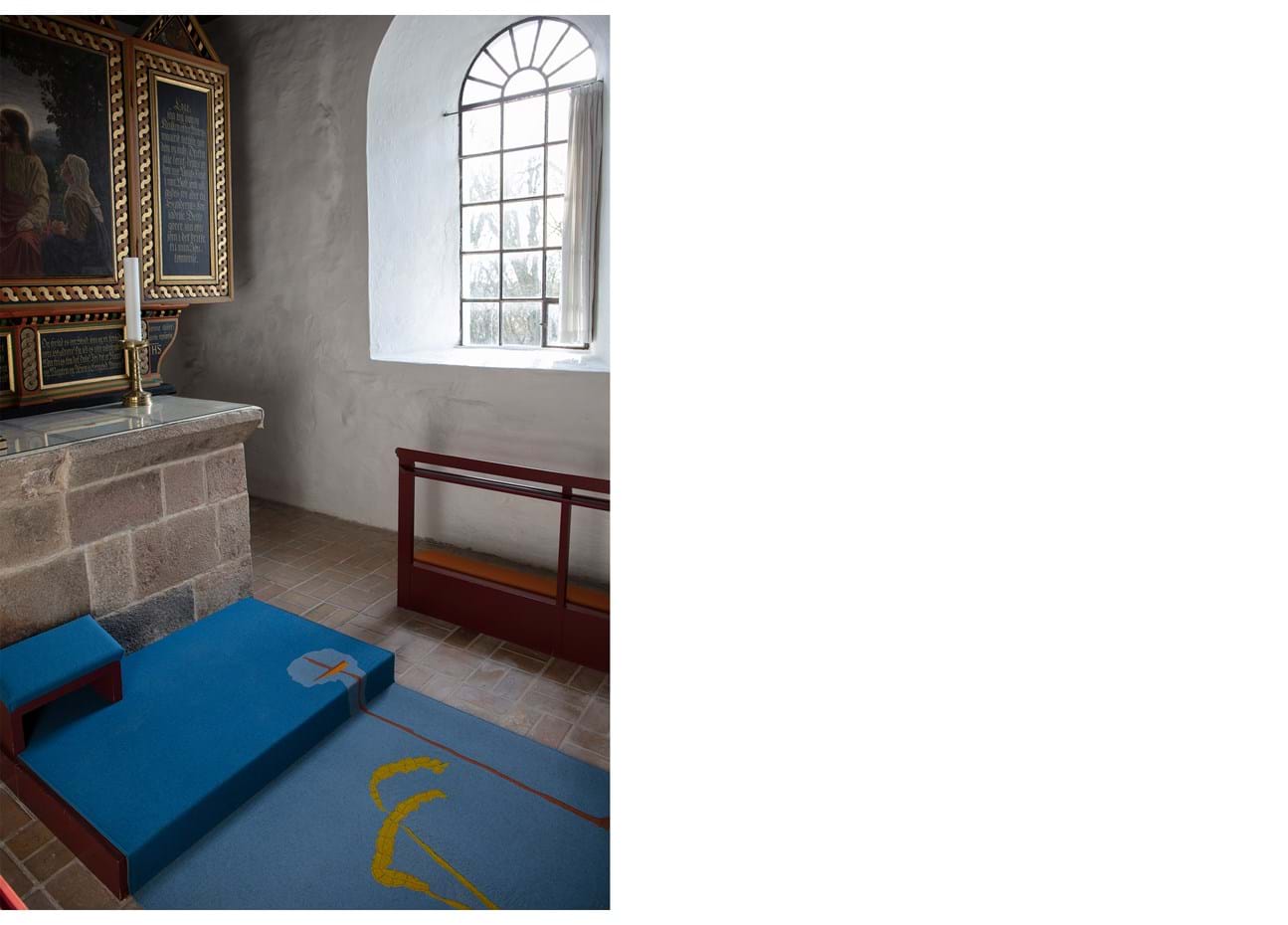 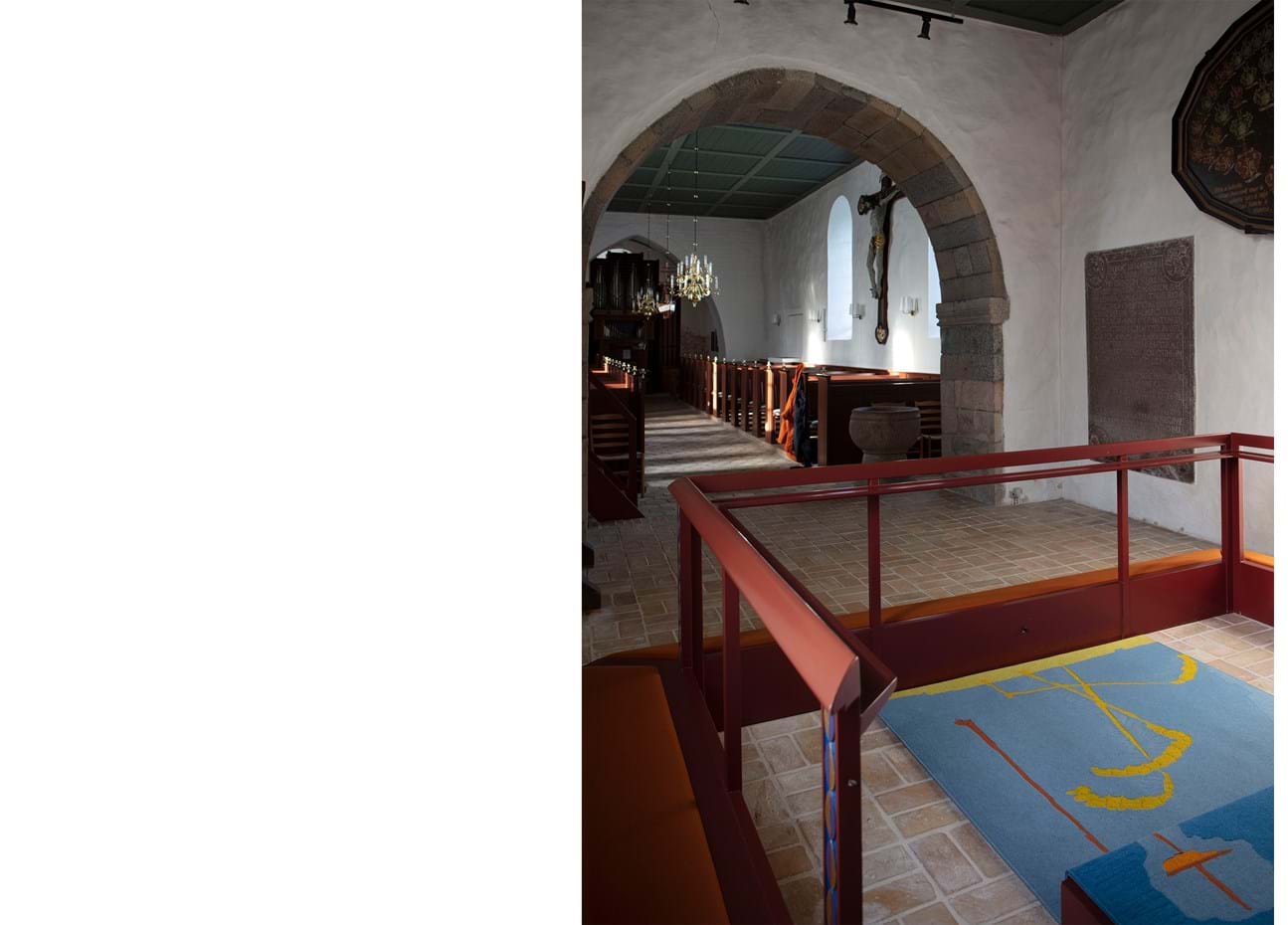 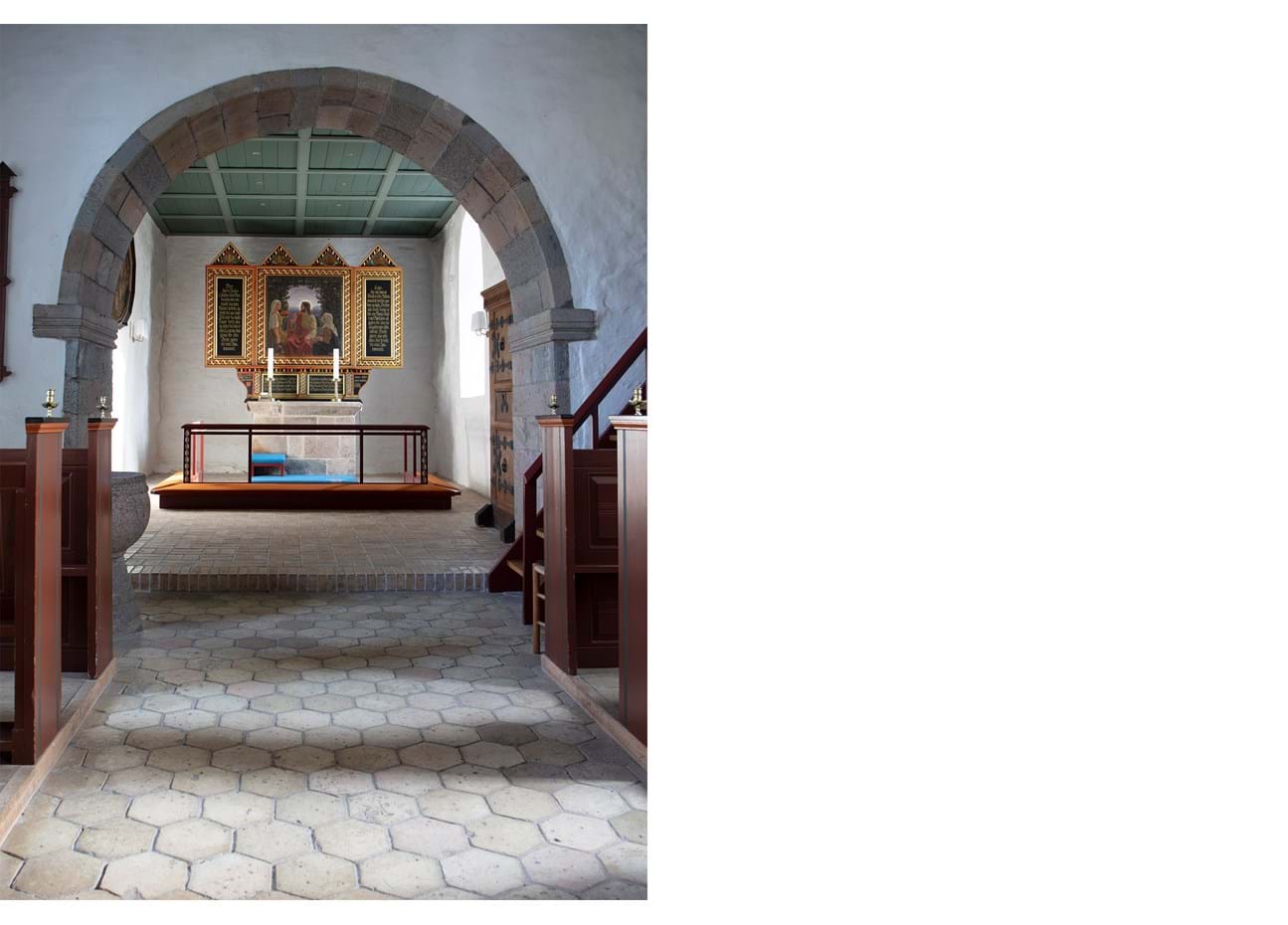